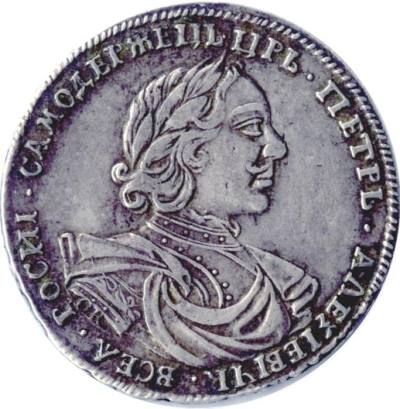 Numismatics in the modern world – one of the most common Hobbies that affects people of different ages, professions and classes. But the variety of coins is so great that everyone chooses for himself a certain category of collectibles, for example, only commemorative coins or relevant to any historical period. Some people collect coins of a specific denomination or pogodowe for kings, and some prefer a remake, that is newly made coins minted prototype of already existing money.

Some consider them fakes, but this is not true, because they are made legally in the state mints. These coins were minted especially for collectors or for replenishment of the state Museum collections. And along with the true copies of the replica are prized by collectors, especially those who manufacture genuine and not re-made stamps. These fakes are coins made in our time to deceive novice collectors, they are not interested in numismatics.

Replica conditionally can be divided into two groups: completely relevant to the original coins and intentionally done with distinctive elements that were made specifically to distinguish the remake from the original. The most famous coin of the first group is the famous "Gangut commemorative rouble, released in 1914 in honor of the battle of Gangut in 1714 and dedicated to the bicentennial of the victory of the Russian fleet over the Swedes. In the second category the most popular gold "the Sower", which began to produce in the 70-80-ies in the USSR as Souvenirs, but with a different date of issue.

In the history there were cases when original coins of any circulation is not reached our days, so new buildings are patterned lost coins are of great historical importance and are highly valued among collectors. This example is a Russian silver dobrobiti issued in 1722 and 1726, respectively, and a silver rouble 1827. A great variety of coins can be seen in the section "Numismatics" popular Internet auction Viality, there are coins of different periods and types of novodel coins are also sometimes encountered.Along with the originals they take a worthy place in the collections of numismatists.

To distinguish novodel coin from the original is quite difficult, and sometimes it's hard to do even for experienced collectors. However, there are characteristics that immediately give the remake. It is, first of all, coin pattern, which in any case is different when the minting of newly manufactured stamps. The other sign is used in the manufacture of coins of different sets of stamps, also called "fantastic" remakes. Different from the original Gurtovoy design or the lack of it produces unmistakable novodel coin.

Weight control in the production of remakes were not a special value, whereas the originals were minted under the strict compliance of the weight of the coin standard, therefore, the mass replica may also be different. For the manufacture of novodel coins were used frequently metal, which at the time was available, so a sample of the remake may also be different from the original. And the last criterion is too good preservation remake, which indicates that it was released later than the date of issue of the original.

Since the eighteenth century to the present day, in Europe and Russia produced quite a lot of novodel coins. They then banned, then started their production again. Now remake this fully collected, as these old coins. Numismatists due to the fact that mint originals are not enough, collect remakes together with the originals, and sometimes only novodel coin. Another reason collectibles remakes is their lower cost in comparison with the originals, so everyone chooses to picking up on the soul and finances.